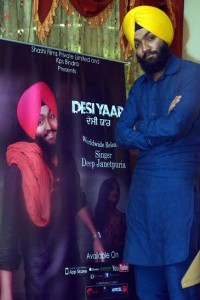 The singer told the media person that he was a native of village Janetpur in Distt Ambala. He developed interest in singing from his childhood. He sang songs of famous Punjabi singers late Surjit Bindrakhiya, Master Saleem, Satinder Sartaj and Rahat Fateh Ali Khan. He participated in so many cultural programme in school and college. He learnt intricacies of music from Guru Rehmal Das of Ambala for a few years. His father Rajinder Singh and family members always encourage and supported him. Mr. Channi Sharma also associated with popular Punjabi singer late Surjit Bindrakhiya for a long period. Deep JanetPuria also awarded in musical Programme organized by Kurukshetra University.
‘Desi Yaar’ his debut album, which include six melodious songs of different moods. Music of the album is scored by Meet Mangoli-Jeet Mangoli and video director is Chandar Aggarwal. Music video of title track ‘Desi Yaar’ is on air.

A rapper should be exceptionally adaptable in his field. Individuals normally notice those gifts or things that are remarkable or out...

Mohali : 19 August 2021(Punjabi Teshan) It's about more than a month ago, when Diljit Dosanjh announced his upcoming album 'Moon Child Era'...

Mohali (Punjabi Teshan)Desi Rockstar Gippy Grewal is back with his new Album 'Limited Edition' and first song from album is out now which...

The INTRO of the one and only one Gippy Grewal released today.

Chandigarh 9th August 2021 (22G TV) Gippy Grewal is known as a brand in Punjabi Industry as from his songs to movies; from being part to...

Amrinder Gill is all set to fill romance in our playlists with Judaa 3 Mohali(Punjabi Teshan)12th May 2021: Melodious singer of the... 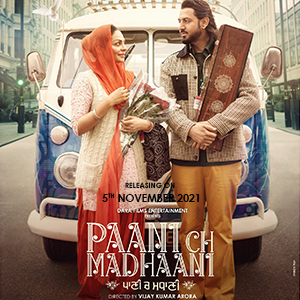